After making a controversial movie, “Kabir Singh”, a superhit, Sandeep Reddy Vanga is back again with a movie where he promises to make you a real wild animal. He has made Ranbir Kapoor an animal with an announcement video released on YouTube’s T-Series Channel, “Animal”. 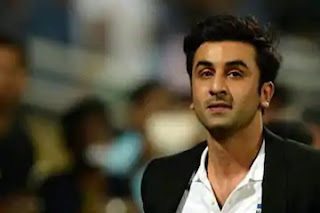 So, what’s this promise to you. It is believed that this movie leaves you with a great impact on your mind and going to show some psychological traits of humans.

What makes this a special movie?

Ranbir Kapoor is back after delivering a blockbuster movie, Sanju, released almost two and a half years ago. Now, he is back again with a great movie director and we can expect a great performance from him and a great movie.

The cast of Animal Ranbir Kapoor:

Along with protagonist Ranbir Kapoor, Anil Kapoor recently released his movie on Netflix, “AK vs AK”. Bobby Deol is in the headlines these days with the Ashram series released on MX Player. Parineeti Chopra along with Ranbir Kapoor’s female cast.

In the video which was released, one of  Ranbir Kapoor’s dialogue is getting popular, “ Papa Agle Janam me, App Mera beta banna! Fir dekhna aapko Kaise Pyar Karta hu.”

From the video, we can see Ranbir Kapoor is playing the role of assassin. Before, Title Animal, it was thought to name it devil. But, later on, move on to Animal. BGM of the video released is a great one. It was expected to release this year’s end or maybe in 2022 but still no official announcement.