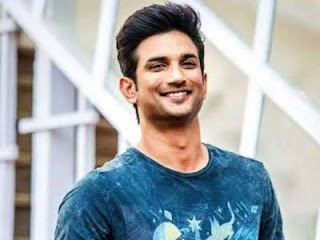 New Delhi: Almost, more than 6 months have passed since the death of ‘Chhichhore’ actor, Sushant Singh Rajput, still no proper disclosure have been made. The CBI is still investigating this case, still no update have made from a long time. In such a condition, BJP leader Subramanian Swamy had written a letter directly to the PMO( Prime Minister Office). In his letter, Swami requested to share new information related to the Sushant Singh Rajput case.

CBI reply in response to letter

The family had also raised this issue

Let me tell you, the issue of not properly investigating this matter was also raised by the family of Sushant Singh Rajput. The family also complaining and said that CBI investigation is not being done properly. It was also said that proper investigation was not done at Sushant’s house. Even on this CBI has given its answer.

CBI’s side on investigation

We can clearly see in the letter that the country’s best investigation team had conducted an investigation at the scene. They write in the letter,” Our team and several senior officers(CBI) had visited the spot on several occasions and investigated. Its purpose was to understand the incident of that day properly. Simulations exercise(creating a fake suicide scene) has also been mentioned in the letter. Through this, an attempt was made to recreate the incident of 14 June. In the letter, the CBI also emphasized that their investigation in Sushant(Sushant Singh Rajput) case was very extensive. The investigation is not limited to Mumbai only. According to the agency, they have also investigated many things in Aligarh, Fardiabad, Hyderabad, Mumbai, Manesar and Patna.

Murder theory was in dispute

The CBI has also reminded Subramanian Swamy many things indicating from the Supreme Court decision to the FIR against Riya. Every issue has been talked about in this letter. Neither side seems to be missing. In Sushant Case, Murder Theory has been in great controversy. Well now it has been completely rejected by the CBI.