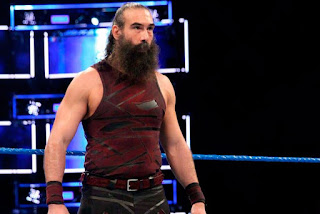 Jon Huber is famous for Luke Harper during his time in WWE. He is also known as Brodie Lee in his wrestling career.

Previously, Huber a.k.a Luke Harper, a native of Rochester, New York, joined All Elite Wrestling in March. He joined the organization after being released from his World Wrestling Entertainment(WEE) contract. Huber was famous for  Luke Harper during his time in the WWE and was a member of the Wyatt Family along with Bray Wyatt and Erick Rowan.

When he joined All Elite wrestling, he joined with the name of Brodie Lee in his professional wrestling career and become famous there too.

AEW tweeted on Twitter, “The All Elite wrestling family is heartbroken.” “In an industry filled with good people, Jon Huber was exceptionally respected and beloved in every way-a fierce and captivating talent, a thoughtful mentor, and simply a very kind soul that starkly contradicted his persona as Mr. Brodie Lee.”

The reason and Cause of Huber’s death have still not been revealed publicly. However, Huber’s wife, Amanda feel heart-broken and posted a tribute to her husband on Instagram. Earlier, Huber was fighting with lung problems, non-COVID.

Huber started driving to wrestling events and waited for a chance to appear if another wrestler was not available. Finally, got the opportunity, when one wrestler does not appear and he enters the ring.

All-time in his wrestling career Huber was highlighted by long black hair, a scraggly