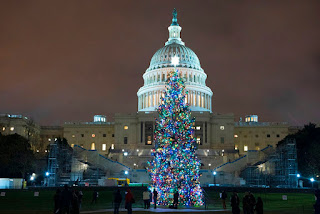 U.S. Congress is moving towards approval for a second stimulus check payment, considering the COVID-19 situation. Some part of a larger bill will be going to includes additional funds for the unemployed and businesses. The hope is that it can help combat rising property rates.

1. How much I can expect to get in this Second Stimulus Check?

The text of the $900 billion legislation hasn’t officially announced but it is expected to include direct payments of up to $600 for eligible adults, $1,200 for married couples, along with $600 per dependent child. There are certain income criteria that you need to qualify to get a Second Stimulus Check.

It hasn’t been released but it likely to follow March’s CARE Act, which gave full amounts to adults earning $75,000 or less or couples with annual incomes of $150,000 or less. Stimulus payments reduced for those earning above those levels, dropping $5 for every $100 earned over the income thresholds.

2. When and what mode of payment will the second stimulus check have?

Comparing to the first stimulus check, where the payment was received after two weeks package was passed. Still, the actual bill awaits approval with the House set to vote today, followed by the Senate. It can be expected that payment will start going out of week December, 28.

IRS will transfer the money in form of checks and direct deposit. the IRS officials previously said distribution of the second round of stimulus checks would likely move quicker than before.

3. Am I eligible if my income or family situation has changed in 2020?

The IRS will use the information from your most recent tax return to determine eligibility based on your income, marital status, and dependents.  But, due to the pandemic, many people have taken pay cuts or lost wages in 2020. If you weren’t eligible for a payment based on your most recent tax return on file at the IRS, but you are eligible for a second stimulus check after you inform the IRS on the tax return you file in the spring. On that paperwork, you can claim the payment for yourself and any qualifying dependents too.

4. Do I have to pay any taxes on stimulus benefits?

No, not. These direct payments aren’t subject to federal taxes. Regardless you have received unemployment benefits, which will be subject to taxes on that money. This will be going to be due when you file your tax returns this spring.