Vijay Diwas, December 16:Why and How a New country formed-Bangladesh with the help of Indian Army 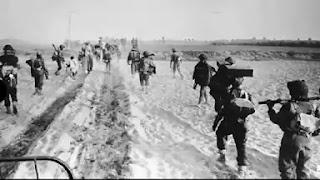 49 years ago, On December 16 a new country was born on the world map as Bangladesh and the map of Pakistan was changed. This is the date on which Pakistan had to kneel before the Indian Army after losing almost half the country.

The real reason for the war

The voices of protest in East Pakistan became stronger due to the lack of proper representation in the power of the country. The public started agitating on the streets. The Pakistani army carried out several brutal campaigns to suppress this movement. The cases of murders and rapes continued to increase day by day. To avoid these atrocities, a large number of people started taking refuge in India, which increased the refugee crisis in India.

India was alert to all these atrocities and the increasing number of refugees. On 31 March 1971, the Prime Minister of India Indira Gandhi spoke of helping the people of Bengal. Mukti Vahini Army formed in East Pakistan to deal with the atrocities of West Pakistan, which was fully supported by the Indian Army.

Angry Pakistan attacked 11 Airbases of India under the name of ‘Operation Genghis Khan’. It was only after this attack that India officially became part of the war on 3 December. This war lasted for 13 days and on 16 December. Bangladesh became free. Since then, this day has been celebrated in India as Victory Day.

In 1971, the Indian Navy carried out ‘Operation Trident’ during the night of 4-5 December. At that time, Karachi port was very important for Pakistan in terms of economy. The Indian Naval Headquarters and the Western Naval Command at Delhi jointly planned to carry out the operation. The purpose of this operation was to attack the Pakistani Navy base in Karachi. In the Indian naval attack, 4 ships of Pakistan were sunk and more than 500 Pakistani naval were killed.

Karachi Harbor Fuel Storage was also completely destroyed in the attack. This operation has used first time an anti-ship missile. Just after this attack, on 8-9 December 1971, the Indian Navy launched ‘Operation Python’. During this time, the Indian Navy attacked the ships at the ports of Karachi. Not a single Indian ship was damaged during this period. Every year, after the success of this operation, December 4 was celebrated as Navy Day in India.

In response to Pakistani action, India occupied more than 15 thousand kilometers of its territory. The war ended when General Amir Abdullah Khan Niazi, the then head of the Pakistani Armed Forces, surrendered to the Indian Army with 93,000 of his troops.

However, India signed the Shimla Agreement with Pakistan in 1972. Under this agreement, India also returned the land won on the Western Front and left the Pakistani POWs. Bangladesh was liberated from Pakistan’s clutches and the Indian Army returned from its land.