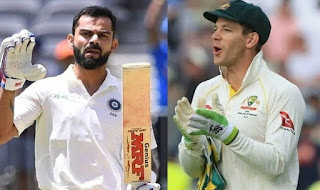 Adelaide, December 16, 2020: Virat Kohli and company would look to form perfect choices before unleashing their might on an Australian team that is prepared for revenge but not exactly in ‘pink of health’ before the primary Day/Night Test starting here on Thursday (December 17).

The two practice games have put forward more dilemmas for India instead of giving them definitive answers that they were seeking from the encounters.

The biggest debate is that the opening position. Prithvi Shaw and Mayank Agarwal as opening batsman pair has shown flopped show in New Zealand on seaming tracks, and Shaw’s shot-a-ball trigger happy batting technique isn’t exactly inspiring the highest confidence. In Shubman Gill, India has one for the longer term but will Kohli and Ravi Shastri can throw a teenager at the deep end of the pool or overlook KL Rahul’s poor Test diary and bank more on his experience?

Or can Rahul be fitted in at No.6? On the other side, it might be at the expense of Hanuma Vihari, who has done no wrong within the last two years and may also bowl some part-time off-breaks. The the continuing debate is who should be batsman-keeper Rishabh Pant or a keeper-batsman Wriddhiman Saha?

Australia is going to be hugely relieved to ascertain Steve Smith returning to the nets and hung out within the drills. Smith had complained of back soreness and losing would are unthinkable as they’re already without David Warner. Cameron Green is for certain to play at Adelaide and that they are going to be thinking about whom to pair Marcus Harris at top. The Aussies have an out-of-form Joe Burns or they will consider either Marnus Labuschagne or Matthew Wade as an opener.